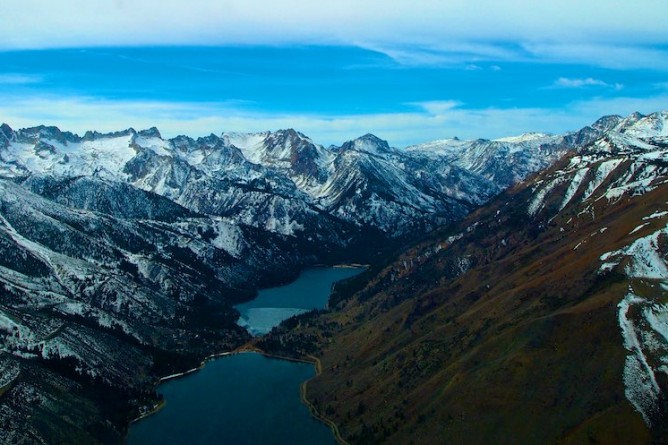 In June we finally went out with our 4-month-old son to the cinema. We were lucky because we could watch at a special section film about a Romanian family after Revolution 89′ with the title Sieranevada. This time we had some expectations towards the film after watching the trailer. We still haven’t wasted time but the film could be better. We thought the political context would be stronger than it was and the relations between family members wouldn’t be so central and so complex.

At the film Sieranevada we can learn almost a normal day of a Romanian family. For me important are differences to e.g. Polish family, because living in Poland and in Romania deliver different challenges.

So we watch a family living in a big city, family members with different problems, from alcoholic to mental. For sure there are such families e.g. in Warsaw. But there is no rule about complexity of a family. So everything is possible.

The contrast between e.g. financial status of the mother and her son seams to be too big. Son called Lary is a well-off doctor. His mother lives in a flat in a very bad condition. Coming from a family from a town I can’t believe that parents of a doctor are so poor. But everything is possible.

Nevertheless there were also some basic similarities between some family members in the film Sieranevada and in Poland. There are in both countries people who remember time till 1989 dolefully and they don’t accept the democratic system they live now. They are also non-believers sometimes. They struggle with the supporters of democracy. But this discussion seams to be not so strong for me.

Another topic of discussion of family members was terrorism. It’s more important for Polish people nowadays. No wonder. Looking at different terrorist attack in many cities and countries in Europe, we all discuss the danger of it for us. Even in Warsaw the so-called most safe capital in Europe.

Three days after the terrorist attack on the offices of Parisian weekly Charlie Hebdo and forty days after the death of his father, Lary, a doctor in his forties is about to spend the Saturday at a family gathering to commemorate the deceased. But the occasion does not go according to expectations. Forced to confront his fears and his past, to rethink the place he holds within the family, Lary finds himself constraint to tell his version of the truth. [link to the source]

I asked myself if the film Sieranevada could be important for people from Eastern Europe and outside of it. I think, it’s interesting to see which perspectives of living have adults in Romanian cities.

It was important for me to see that the revolution of 1989 is still a topic in Romanian families and even family members don’t agree on the meaning of it for Romania. It’s interesting that people drink alcohol on family gathering to commemorate the deceased and they don’t eat any food till the prist is coming.

Still one similarity to Eastern Europe is important for me the economical growth of families and the region. Money is a key tool to be healthy what we see on Lary’s mother, who becomes medical stuff to be healthy.

Love and commiting adultery were another topics which made the film Sieranevada timeless.

Have you watched the film? What do you think about it?

So I add also a trailer that you will be more curious about it.